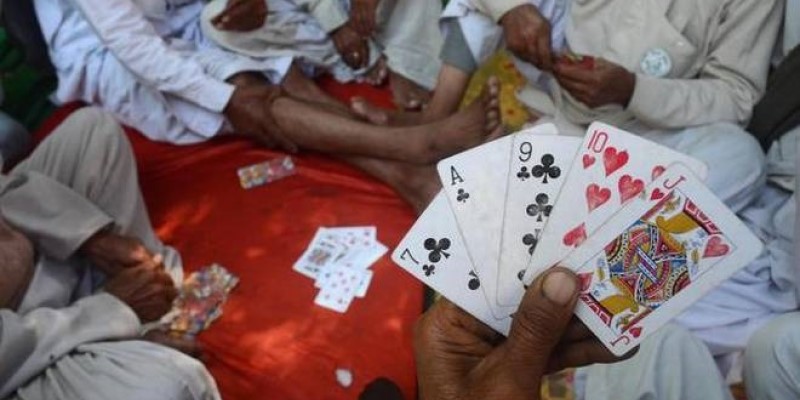 On Tuesday, The Times of India reported that 18 Ahmedabad City residents were arrested for participating in a pair of illicit gambling operations.

The busts took place in the Navarangpura and Anandnagar regions of the city and resulted in the confiscation of cash and goods totaling Rs 31.11 lakh ($43,450 US).

Two days later, another gambling raid resulted in the arrest of 15 more Ahmedabad residents, with authorities seizing Rs 17 lakh ($23,720 US) in cash.

Fallout from the raids has been widespread.

Meanwhile, several of the accused gamblers/operators have filed complaints of torture and abuse against the police who arrested them.

Though events like these are not uncommon in the region, they are instructive, and it is clear that online gambling is a safer option for India residents.

Local unlicensed gambling operations are actively policed in India, and both of Tuesday’s raids were prompted by tips sent to authorities by concerned citizens. Thursday’s raid, on the other hand, appears to have been the culmination of a longer-term investigation.

Gambling rings are clearly outlawed in the country, but for the individual player, India’s gambling laws can be difficult to navigate.

Nevertheless, one thing is certain: The same level of scrutiny – from both residents and local law enforcement – simply doesn’t exist when the pastime is enjoyed online.

While Internet cafés hosting gambling clubs might be targeted by law enforcement, individuals have historically been able to use legal India friendly online casino sites safely, especially if they do so in a private manner.

In fact, because most Indian lawmakers are concerned primarily with underground gambling dens and associated street crime, a real discussion of legalizing domestic online gambling has been taking place at the national level.

But even in regions with regulated brick-and-mortar casinos, online gambling – whether or not it’s formally legalized – may actually be a better, less taboo option.

That’s because many Indian officials are opposed to the idea of residents gambling at physical venues altogether, despite those casinos operating in full accordance with local laws.

The future of gambling in India is still taking shape. But whichever direction the country chooses to go, it’s advised that if you’re going to gamble in India, you should stick to the Internet and take the necessary steps to secure your own privacy when doing so.