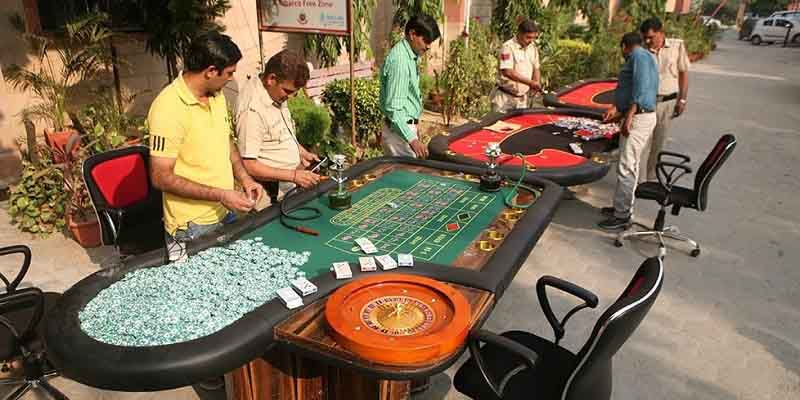 India’s gambling industry is arguably more complex – and more hotly debated – than other in the world.

In a nation with 1.34 billion people, gambling is rampant, and it makes sense for Indian states and territories to capitalize as much as possible on gaming tax revenue.

However, according to many critics, the government has been slow to make up its mind one way or the other.

In India, individual states are generally allowed to legislate their own rules (though most have not done so), and Indian gambling laws thus differ from region to region. Still, when it comes to online gaming specifically, there are conflicting precedents that force the industry to remain firmly in the legal gray area it has occupied for decades.

Nevertheless, more and more Indians are using online options to risk and win real money, and that trend is unlikely to change. This is especially true as India-friendly mobile casinos become ever more accessible nationwide.

Indeed, the shift to mobile has pushed online gambling to the forefront in India. By some estimates, upwards of 320 million Indian residents will actively gamble and/or bet online by 2022.

And that makes sense.

When compared against the tens of thousands of illicit brick-and-mortar gambling dens scattered throughout the country, it’s clear that Internet-based offshore casinos offer a much safer way to gamble in India.

However, at least one group, the All India Gaming Federation (AIGF), has petitioned the government to ban all forms of online casino gaming.

The AIGF represents 27 India-based online businesses that offer paid “skill-based” games. As such, the association alleges that chance-based gaming is not only illegal but is also harmful to its bottom line.

While the company’s legal maneuvers have been met with skepticism and pushback in the courts, there is no indication which way the Indian government will rule on the larger issue of online gambling.

On the other side, pro-gambling advocates are eager to point to India’s casino gaming black market and the increase in violent crimes that this underground facilitates. Unfortunately, heartbreaking stories like this one are not uncommon.

With online gaming, say the advocates, there is simply no avenue to facilitate such outrageous abuses.

That’s why many Indian politicians are slowly coming around to the side of the pro-gambling set.

Parliamentarian Shashi Tharoor of the Lok Sabha is one such lawmaker.

Tharoor has proposed that India adopt a formal online gaming regulatory body, and he has put forward the Sports Online Gaming and Prevention of Fraud bill seeking to do exactly that.

Though Tharoor’s proposal is focused primarily on Indian sports betting, the pastime is viewed as gateway to more traditional gambling like card games, table games, and slot machines, all of which are extremely popular in digital form.

In fact, the Law Commission of India has said that online gaming – including all its forms – is expected to eclipse 71.7 billion rupees ($1 billion US) by 2021, though other estimates suggest that sports wagering alone turns a much larger handle than that.

Specific financials aside, in the end one thing is clear: Online gambling in India is growing exponentially, and the country should do everything within its power to capitalize on the popular marketplace.