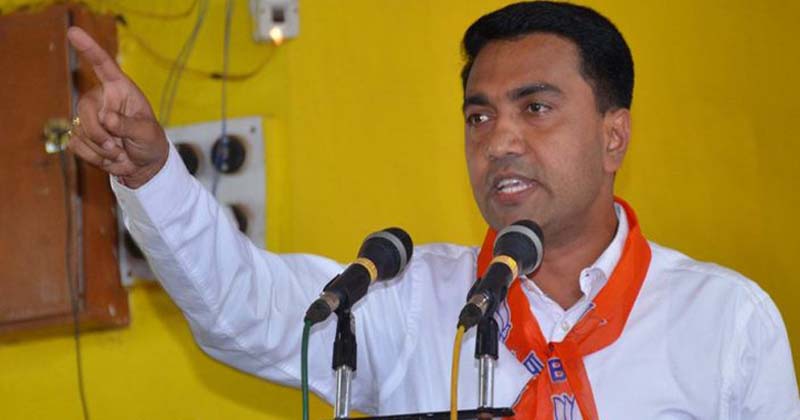 Chief Minister Pramod Sawant told a legislative assembly that a proposed local ban will soon go into effect in GOA. The date for the proposed ban will be announced after he consults with his lawmakers.

GOA is one of only three states in India that currently offers domestic casino gambling to tourists and anyone over the age of 21, but that will soon change if the Chief Minister gets his way.

“Casinos are for tourists. Some come to Goa only to play in the casinos. Goans should not go to casinos. I agree with this,”. The Chief Minister told the Assembly. There has been a debate about banning locals for some time now but previous Chief Ministers have not taken the appropriate actions to impose such a ban.

Currently, the six casinos in GOA operate on ships docked in the Mandovi River. Another 9 onshore casinos operate inside of numerous 5-star resorts throughout the state.

Atanasio Monserrate, who represents the capital city of Panaji told media sources that she knows many Goans that have ruined their lives and wrecked their families because they have become addicted to casino gambling. She went on to say that if you ban locals, the casino industry will lose about half of its customers and revenue.

GOA casinos have been operating for 19 years and in that time has raised some serious revenue for the state. It is estimated that each docked casino draws 600-800 patrons on weekend nights.

In Macau, locals are banned from wagering at the casinos but there is still a booming industry that lives off tourists, especially Chinese tourists. Panaji is one of the most popular tourist districts in India as they are known for the beaches and worship centers. A majority of their tourism derives from traveling Europeans and Indian tourist looking to escape the monsoon season.

Despite the local ban, India residents can access offshore casinos online with the use of a computer or smartphone. Sites such as Bodog, Intertops, or BetOnline will accept India registrations. Bodog is a rupee casino that will let India residents bet in INR.

The thought of banning locals from GOA casinos has been echoed many times before. This time the Chief Minister wants to see action, but if the ban does go into effect it will surely be met with legal action from the opposition.