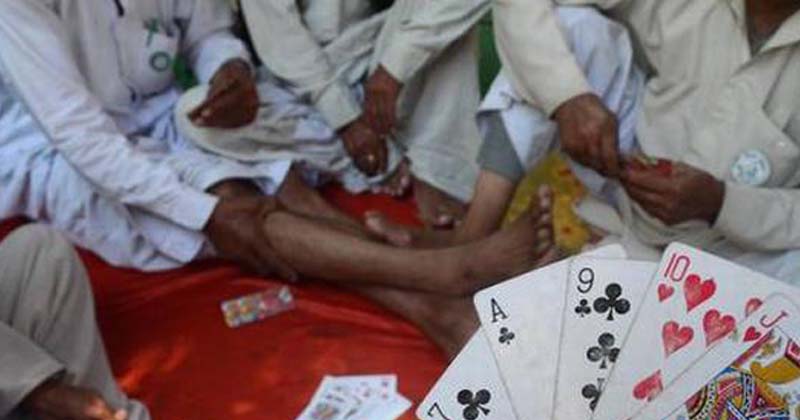 Over the weekend eight hospital employees were arrested for gambling on the job in Gaya. The eight employees were outed by a tipster that claimed there was an illegal gambling ring operating inside of a building in a construction zone.

The incident took place in the state of Bihar, near the border of Nepal. Bihar is the 3rd largest state in India by population and consist of mostly rural areas. Most of Bihar’s residents live in rural areas without easy access to hospitals, doctors, and other human life services.

After receiving the tip, the India police force conducted a raid on hospital location and found the eight suspects playing the popular card game twenty-nine. The hospital released a statement stating that the employees have done nothing wrong because they were on their break at the time of the arrests. Names of the accused have not been released to the media at this time.

The hospital workers were all given citations and court dates for which they are to appear. Many people consider the workers lucky to have kept their jobs and not to have to face stricter punishment.

Twenty-nine is a card game that originated in the Netherlands, but today is super popular across northern India. Two teams of two players face off and try to win tricks containing valuable cards.

India gambling laws often cause confusion by their lack of wording and dated context. For the most part games of chance are outlawed in domestic settings unless specifically allowed by state laws. Games of skill are permitted in most areas, but it is always important to check with local officials.

Since there are no federal laws in opposition to online gambling, many residents tend to keep their gambling limited to India legal mobile casinos and other legal online casinos.