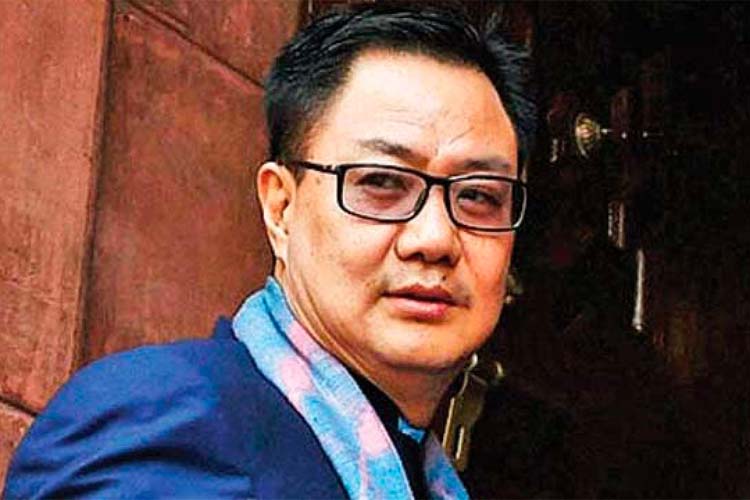 Kiren Rijiju is the current Indian Union Minister for Sports and Youth Affairs and the Minister of State. He is a member of the Bharatiya Janata Party (BJP), a lawyer, and serves as a member of the Lok Sabha. His views on gambling and sports betting specifically are highly regarded.

Last year the Law Minister Amar Singh stated that the 276th report of the Law Commission of India, which recommends the legalization of sports betting, was under consideration of the India Government. However, he never gave any further details concerning further action or if the government intends to pass on the issue.

Rijiju recently sat down with reporters to discuss illegal betting and how his department tackles the problem across India. Rijiju told reporters that his ministry tries to crack down on illegal gambling whenever they are made aware of what is going on. He also said that gambling is a state decision and that states have the power to enact or outlaw gambling in their jurisdiction. Rijiju went on to say that some countries ban alcohol, but India has always had a crackdown on gambling.

Rijiju had previously expressed his concern with legal sports betting and said that stakeholders have to be consulted. He further went on to stress that he believes gambling should be a state matter and that any national legalization would have a profound impact on society. The central government in the past has said that they discourage the act of betting, but it is a state subject and that the states have the responsibility of crafting their gambling policy.

There are currently three states that have legalized gambling in some form: Goa, Sikkim, and Daman. Maharashtra also allows casinos that operate offshore. India gambling laws do not forbid online gambling, but due to their historical nature, the words can be interpreted in several different ways.

Since most Indians can’t access the domestic casinos, offshore casino operators who are licensed by government-regulated agencies are there to fill the void. India residents can legally access rupee casinos, online sportsbooks, and online poker sites with just a few clicks.

We suggest checking out our casino reviews page before signing up for a new account. Our reviews cover bonus options, banking methods, and the best and worst features for each of the best sites offered to India residents.

As sports betting and casino gambling grows in popularity, we expect to see other India states open their arms to gambling. Giving the countries strict history legalized gambling might take more time than usual to go nationwide.