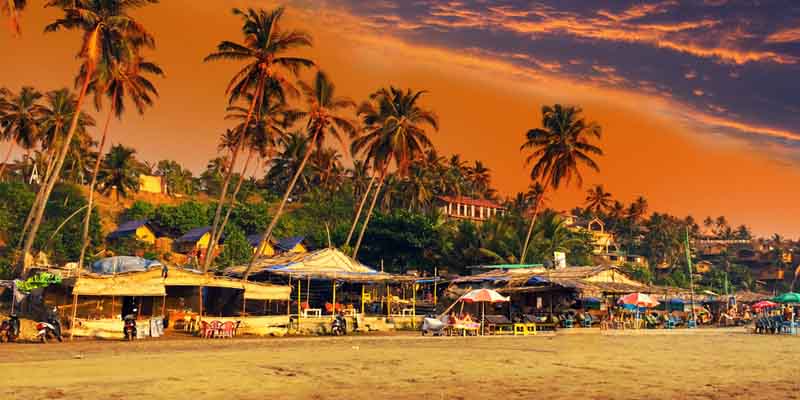 The North Goa airport currently under construction is interested in offering casino games to tourists who come through the airport on their way to the popular India tourist state. Right now, it seems like a distant thought, but India officials are proposing the idea of moving Goa’s river casinos to the airport with hopes of increasing state revenue.

Recently Chief Minister Pramod Sawant told the media that Goa casinos will soon only accept tourists and not Goa residents. This idea has been tossed around for years but has never gone into effect.

Now officials want to push gambling onto tourists at the North Goa airport and allow passengers to gamble before and after flights. Six of the states floating casinos are stationed in Panji, about 37 Km to the north.

If Goa’s casinos were to move to the south near the airport, they would have to be put in physical locations as the airport is not stationed on the water. Moving the casinos to a land-based physical location could increase revenue in itself. Goa’s riverboat casinos currently generate $150 million a year, but some Vegas gaming experts believe that brick-and-mortar locations in Goa could gross over $1 billion for the state.

Floating casinos are now facing pressure from a Goa legislator to relocate. The Deccan Herald reports that Atanasio Monserrate a legislator in the Goa Legislative Assembly wants the casinos moved because he says they are creating a mess in the Mandovi River.

Some state officials are also weighing their options for relocating the floating casinos to Aguada Bay. Aguada bay is near Panaji where the Mandovi River meets the Arabian Sea.

The North Goa airport is still under construction but scheduled to open in 2021. So far not much has been completed but eventually, the airport is expected to shuttle over 30 million passengers a year.

Goa has the most casinos of the three India states that allow domestic gambling. Six of the casinos are floating while the rest can be found in hotels around the tourist spots.

Even if Goa eventually does ban locals from its casinos, India residents currently have access to mobile casinos and rupee casinos offered by offshore sites. These sites provide casino games to anyone over the legal gambling age and provide convenience to India players by not limiting them to domestic locations.

In the next few months, we expect Goa officials to make up their mind about the floating casinos.