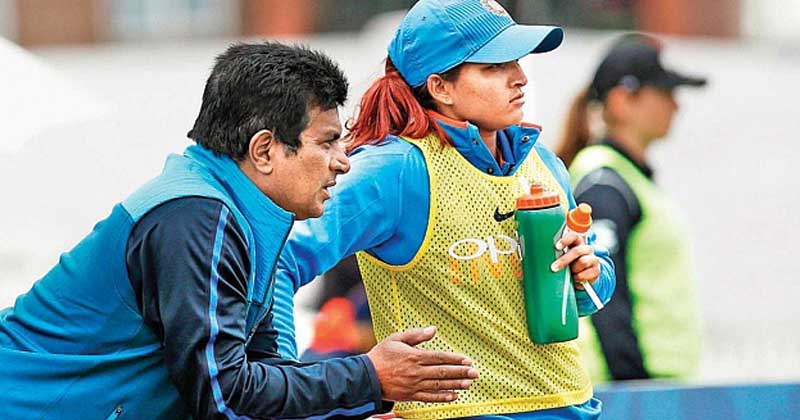 Tushar Arothe, player for Baroda in the domestic circuit upon retiring took over the reins of the women’s national team and was recently arrested for illegal betting.

Under Arothe, the India national women’s cricket team made it to the finals of the ICC Women’s World Cup in 2017. Arothe took over after Purnima Rao, the former coach, was pushed out. Arothe later resigned as coach to the team.

Cricket betting is not legally allowed as only betting on horses in India is allowed and legal online casino and sports gambling from licensed offshore sites. However, corruption issues with match-fixing, fraud, and spot-fixing are rampant in the sport. Several cricketers in the past have faced bans for alleged involvement with betting and possible corruption-related controversies.

Recently, Tushar Arothe was arrested in a cafe for alleged IPL live betting between the Delhi Capitals and Kings XI Punjab along with eighteen other individuals but given bail himself due to his charge being a bailable offense, said the Deputy Commissioner of Police Jaydeepsinh Jadeja of the Vadodara Crime Branch.

The café where the arrest occurred was revealed by investigators to be owned by Rishi, Arothe’s son who is a left-arm pacer and plays for Baroda, and Hemang Patel and Nishchal Shah who were both arrested on the same day for betting at said location. The men and other bettors were booked under section 4 and section 5 of the Gambling Act. The co-owners intended to host more live betting as they installed a large screen in their café to stream IPL matches in real time.

Jadeja revealed that other bettors attempted to come to the café to place live bets on IPL matches using three banned mobile apps: Cricket Fast Love Line, Cricket Line Guru, and Line of which the owners provided them with usernames and passwords to use. All of the items and cash at the bust were seized including a projector, cars, and mobile devices worth Rs 14 lakh.

However, upon further investigation of the police checking every arrested individuals’ phone for the banned apps, Tushar Arothe did not have any of those present on his mobile device. According to Jadeja, Tushar Arothe continues to be under investigation before they file a charge sheet, which would then shift the issue to the courts.