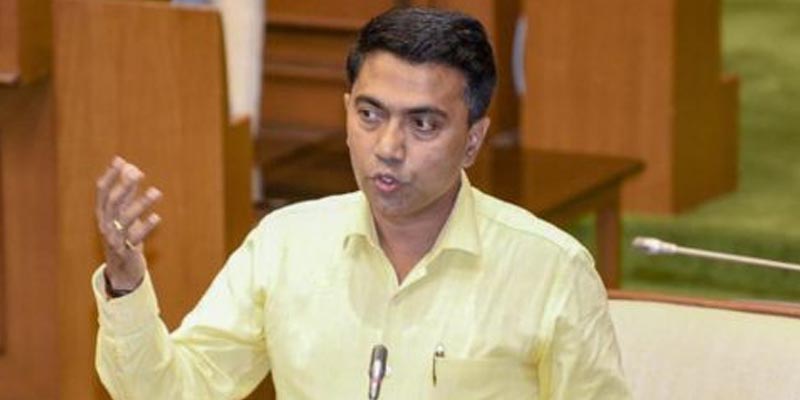 At a time where lawmakers are looking to relocate floating casinos stationed near Panaji City, the Goa Chief Minister Pramod Sawant told reporters that casinos are good for tourism to the state. Chief Minister Sawant went on to say that after the mining industry collapsed, tourism is the only industry in the state still surviving.

For years lawmakers have been trying to ban Goa residents from local casinos, but so far, the ban has not taken place. Recently the state government proposed to relocate the five Goa floating casinos out of the Mandovi River to another tourist location. The Bharatiya Janata Party (BJP) had plans to move the floating casinos to Aguada Bay but faced opposition from concerned residents and the Goa Congress.

Once Congress caught wind of the state’s relocation plans and their proposal to move the casinos to Aguada Bay, they released this statement: “We strongly condemn the state government’s proposal to relocate the offshore casinos in the Mandovi river to the Aguada bay. The area is home to the dolphin species, which will be put at risk if the casinos are shifted there,” state Congress spokesperson Agnelo Fernandes said.

In August of 2019, the Panaji mayor Uday Madkaikar announced that he would not be renewing gambling licenses for the casinos stationed in the Mandovi, but last week the Goa government stated, “The Council of Ministers resolved to grant an extension of time limit to the offshore casino-licensees for relocating casinos from the Mandovi river for six months from October 1 to March 31 or till an alternate feasible site is finalized, whichever is earlier”.

For now, Goans still have access to the casinos located in the Mandovi, but that is likely to change sometime soon. Fortunately for Goa bettors’ mobile casinos are thriving across India. Mobile casinos offer the same casino games found in the floating casinos but in the palm of your hand.

Some online casinos will also offer other gambling services, including sports betting, poker, and horse betting. Users can play these additional services under a single user account. Whether you are looking to bet on cricket or throw down some rupees on mobile blackjack games.

In the coming months, we should learn more about where the Goa floating casinos will end up stationed and if Goans will be banned from those casinos or not.