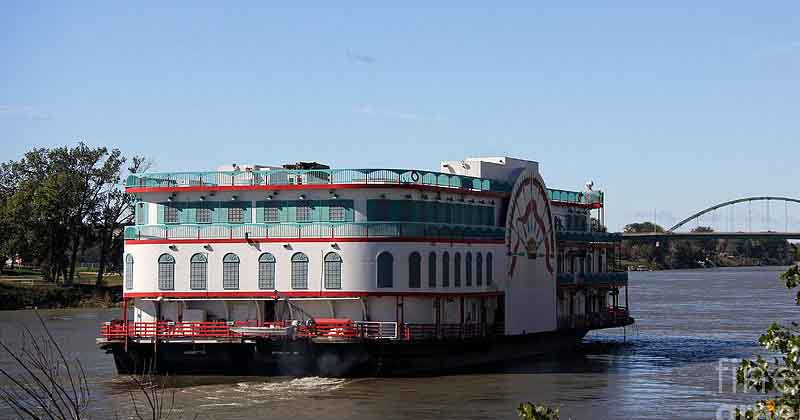 Goa will see an old American floating casino in its waters and cruise ships in India demand the allowance of gambling closer inshore.

The Argosy IV operated for 10 years in Sioux City, Iowa until 2014 when regulators shut down the floating casino’s operation due not fulfilling state requirements.

In Iowa, casinos must partner with a local licensed nonprofit organization to remain in operation. The Argosy IV failed to find a partner in 2014 and was sold off to a shipyard in Wood River, Illinois where it has stayed until Pride Group’s purchase.

The Argosy IV is a 3-level floating casino with a game floor spanning 36,000 sq ft. In is hay-day, the boat staffed 325 employees, provided immense slot options, and hosted live entertainment via stage and seating.

The Argosy IV has already arrived in Goa but is expected to see some repairs at Ratnagiri before it temporarily replaces Pride Casino I and Pride Casino II on the Mandovi River.

However, another water-sailing vessel may potentially compete with India’s floating casino industry. The India Cruise Lines Association (INCLA) hopes to offer casino gambling on their cruise ships within Indian territory.

Currently, cruise ships may offer casino gambling once they reach international waters which are beyond 12/200 nautical miles from the Indian coastline. The INCLA has demanded the laws which prohibit in-shore gambling on cruise ships to be repealed.

The INCLA contacted Nitin Gadkari, Union Minister for Shipping, Road Transport, Highways, River Development and Ganga Rejuvenation to facilitate this motion but to no effect. Therefore, the INCLA has sent their demands directly to the Prime Minister’s Office

The move is said to boost tourism on cruising and the shipping market. The INCLA is backed by Essel Group Chairman Subhash Chandra and Rajya Sabha. Essel Group has a strong relationship with India’s lotteries and gaming sector, the group markets state lotteries under Playwin, and operates online poker sites, and fantasy sports.

The INCLA is not only pushing amended legislation but also hopes to change India’s Foreign Direct Investment policy to allow investment in India’s casino cruises. An official from INCLA also indicated the desire to push for reduced goods and service tax on cruises and other key tax reductions in their industry.